Last week, Inside Sport’s rugby league journalist James Smith published a great article about some of Australia’s historic rugby league sites. It prompted a brief conversation on social media between him and myself, which lead to the idea of a rugby league tour around Sydney.

With this year marking 110 years since rugby league’s birth in Australia, this article looks at the most prominent of those early locations (as far as an organised tour is concerned, the order would have to change around a fair bit).

These tour locations are in chronological order, as best as is possible. 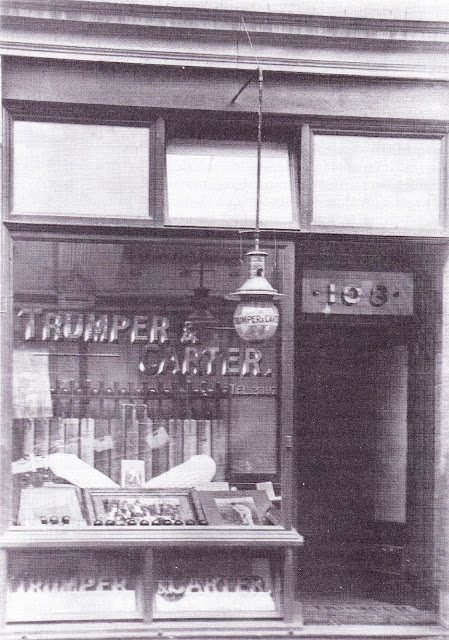 Moving on to 432-434 George Street, the location of what used to be Bateman’s Crystal Hotel, where the New South Wales Rugby League was officially born. It was here that the new game had its first meeting, where Hoyle was elected as President, Giltinan as Secretary and Trumper as Treasurer.

The journey then heads out of the CBD and to 160 St.Johns Road, Glebe, the location of the Glebe Town Hall. It was here that the Glebe club was formed on January 9, 1908, making them the first official team in the game’s history. Glebe’s formation also brought the Wentworth Park venue across to rugby league. That inaugural meeting saw future Australian Prime Minister Billy Hughes in attendance. He was elected as club patron. 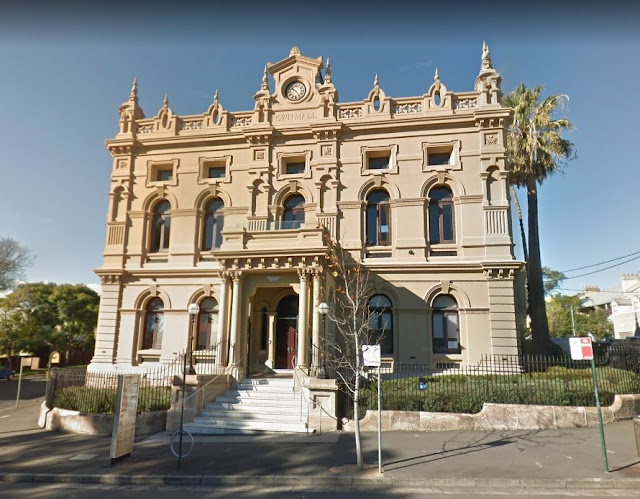 The Newtown Town Hall at 1 Bedford Street, Newtown is the next stop. This was where the Newtown club held its first official meeting on January 14, 1908. There is still plenty of conjecture surrounding the club’s actual birth, as many claim that they held their maiden official meeting the day before Glebe. 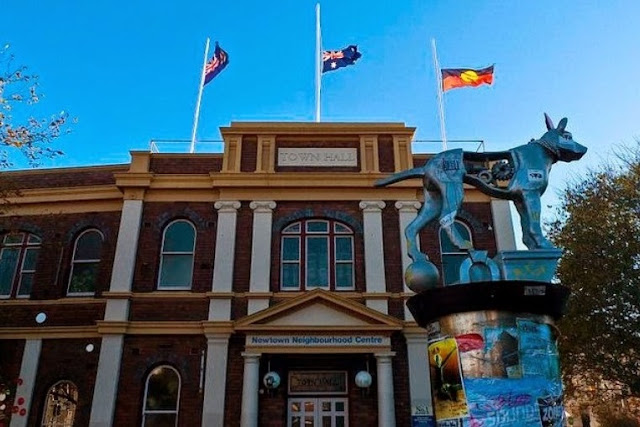 January 17, 1908 saw the birth of the third club, South Sydney, at the Redfern Town Hall, located at 73 Pitt St, Redfern. The Rabbitohs would go on to become the most successful club in the code’s history, winning 21 first grade premierships. 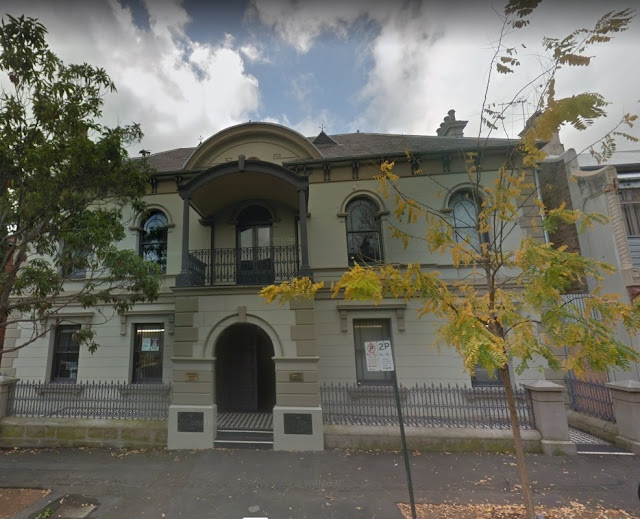 On January 23, 1908, Balmain became the first team to have their entire rugby union club completely switch codes to join rugby league, at a meeting held at the Balmain Town Hall at 370 Darling St, Balmain. The club had been involved in a long running spat with the rugby union, hence their wholehearted commitment to rugby league. 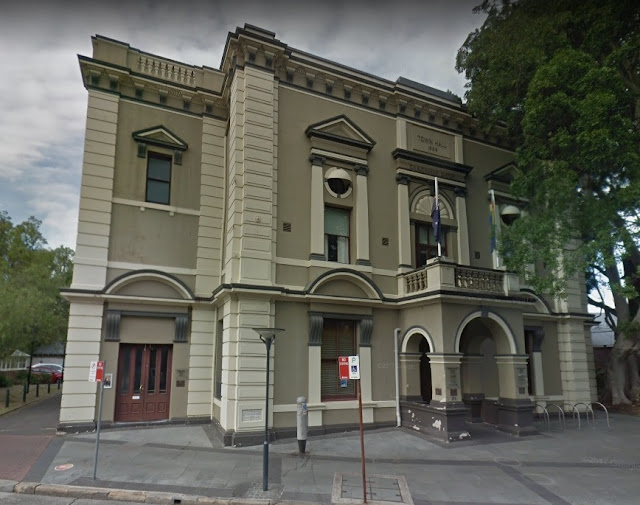 Just 500 metres away from the Sydney Roosters’ current home ground, Allianz Stadium, is the Paddington Town Hall at 249 Oxford St, Paddington. It was here on January 24, 1908 that the Eastern Suburbs Rugby League club was formed. They are the only team to have competed in every season of competition, and also boasted the biggest drawcard for the game itself during those pioneering years, Dally Messenger. 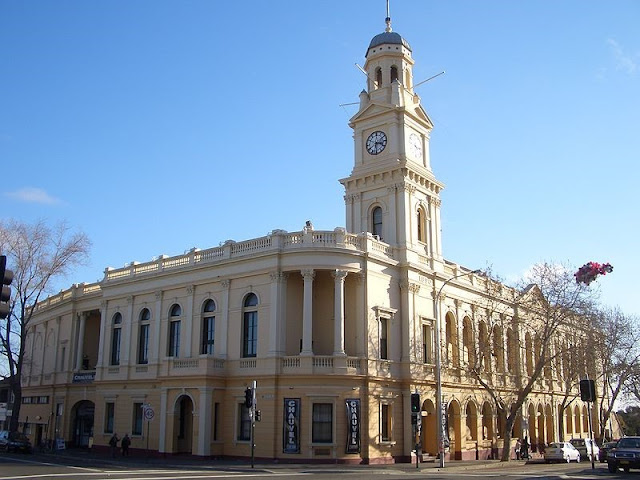 On February 4, 1908, Rugby League expanded westward. It was at the Ashfield Town Hall on 260 Liverpool Rd, Ashfield that the Western Suburbs Rugby League Club was formed. The building itself now has been modernised entirely, much like the club, which is now represented by the merged entity with Balmain known as Wests Tigers. 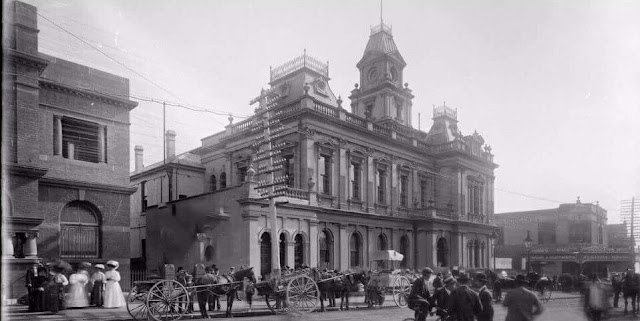 Just a few days later on February 7, North Sydney formed a side at the School Of Arts Hall on Mount St, North Sydney. The building, just like the club, sadly, has since been demolished. 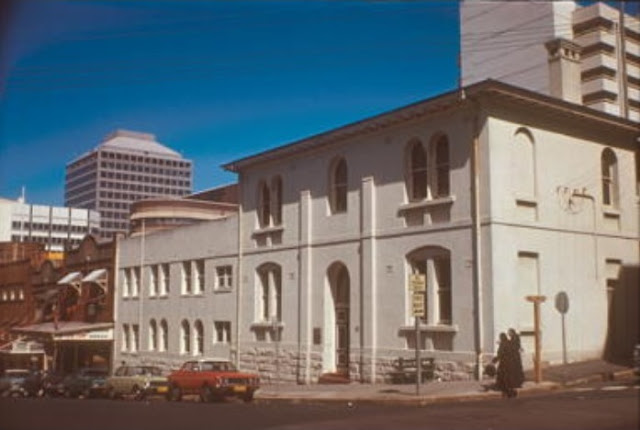 On April 21, 1908, nine days after a side from Newcastle was added to the competition, a ninth and final side for the 1908 season was added, representing Cumberland. They held their meeting at the Horse & Jockey Hotel at 70 Parramatta Rd, Homebush.

Their time in the game lasted less than one season. They played their first game on May 9, almost three weeks after the competition had begun and by their eighth and final game of the season, they had to borrow players from opponents North Sydney. Needless to say, Cumberland folded before the end of the year and it would not be until 1947 when Parramatta joined the competition that area was again represented. 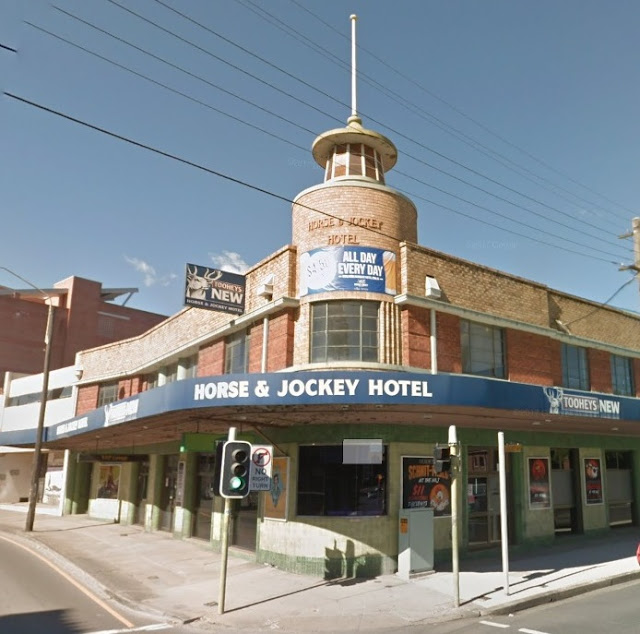 In 1910, a team from Annandale was formed at The Colannade Hall on 101 Johnston St, Annandale. The club effectively replaced the discontinued Newcastle club, which set off to create their own local competition. Annandale lasted 11 uneventful seasons before petering out after a winless 1920 campaign. 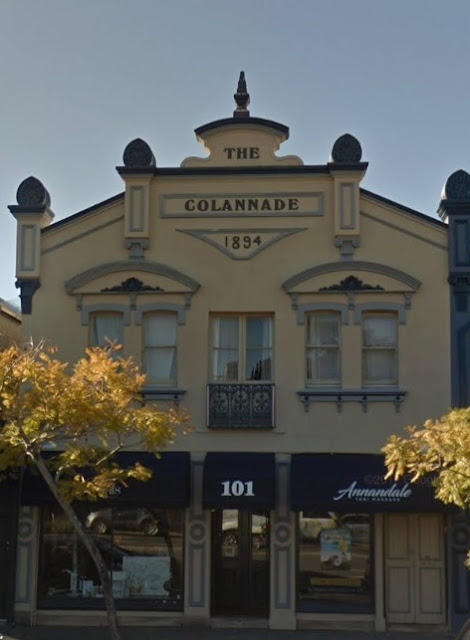 On February 7, 1921 at the Kogarah School Of Arts, on the corner of Queens Ave and Bowns Rd, the iconic St George club formed its first grade side. They had very nearly been admitted as early as 1908. The club holds the record for 11 consecutive premierships (1956-66), a streak unlikely to ever be surpassed. 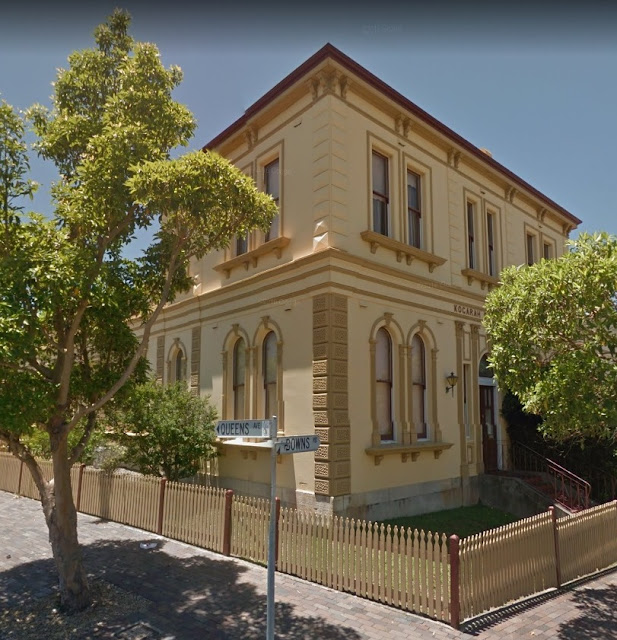 There were two venues used for the first round of games played on April 20, 1908. The first was the picturesque Birchgrove Oval. It was here that South Sydney defeated North Sydney 11-7, followed by Balmain’s 24-0 win over Western Suburbs. 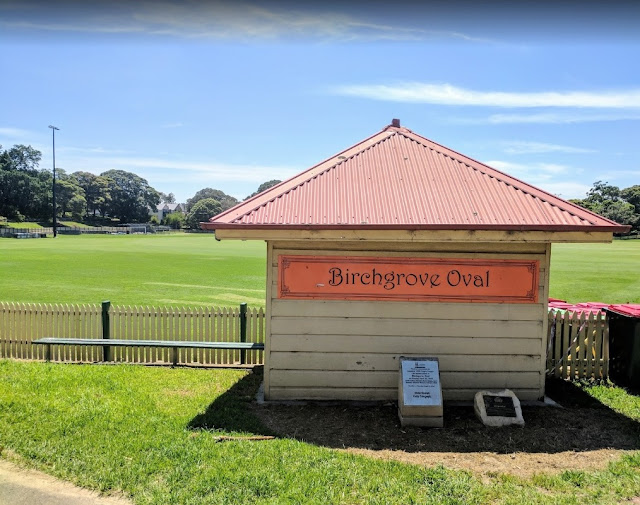 The other venue was the previously-mentioned Wentworth Park. On April 20, 1908, it saw Eastern Suburbs defeat Newtown 32-16 and local outfit Glebe beat Newcastle 8-5. 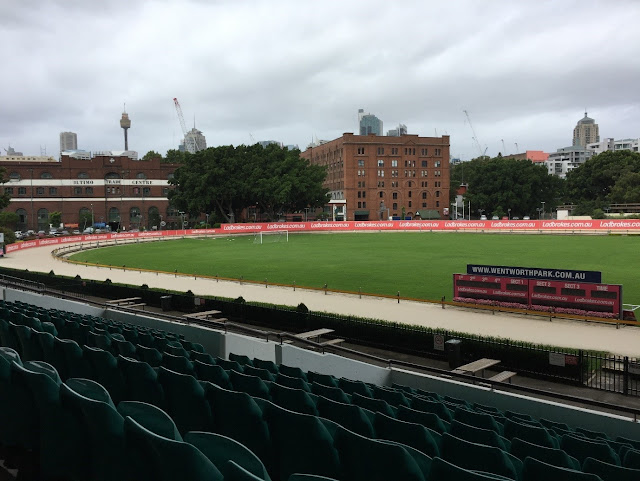 The 1908 Premiership decider, which was won by South Sydney over Eastern Suburbs 14-12, was played at the Agricultural Sportsground. This was a marquee venue for rugby league up until 1930, when the Sydney Sports Ground and the Sydney Cricket Ground took over. 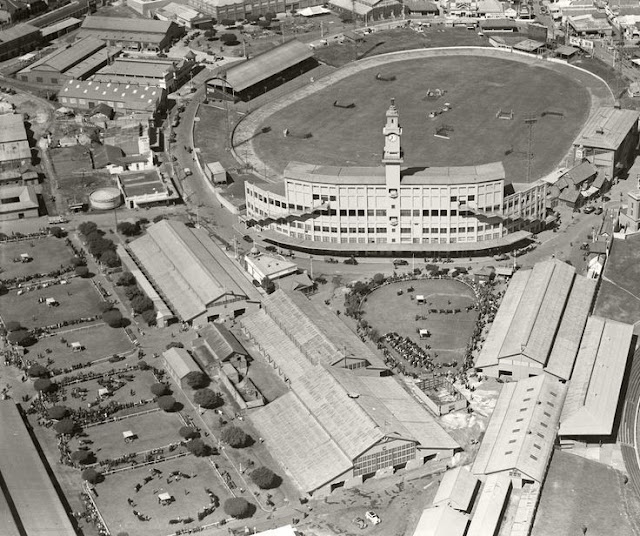 The tour then takes a commemorative turn and heads to some cemeteries to pay homage to its four most vital men in its formative years. At the Eastern Suburbs Memorial Park is the final resting place of Dally Meesenger, whose feats on the field wowed crowds around the world.

At the Parliament of New South Wales, located at 6 Macquarie St, Sydney is a memorial that pays respect to Edward Larkin, Rugby League’s first full time secretary, who was killed at Gallipoli while serving in parliament. 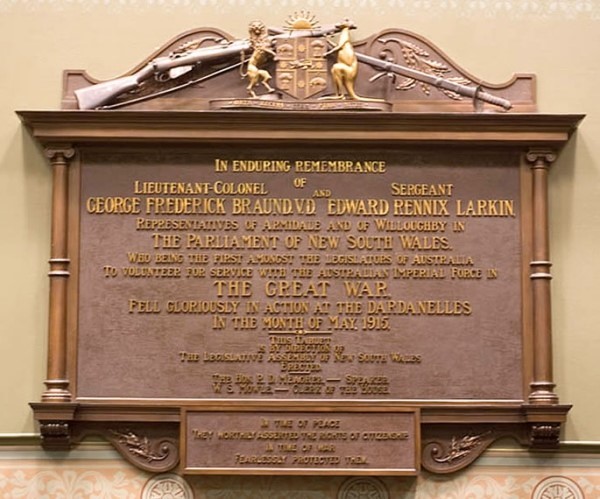 Memorial for Edward Larkin at the NSW State Parliament

The tour would then make its way to the NRL Museum, where esteemed and brilliant historian Terry Williams could walk you through some of the game’s artefacts and many more great stories from the game’s history. 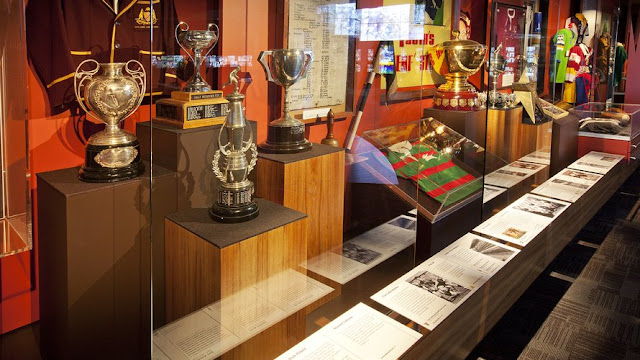 Inside the Rugby League Museum at NRL Headquarters

Posted by AndrewRLP at 23:32 No comments:


On the back of a highly successful Rugby League World Cup, which for once wasn’t dominated by the three usual sides and saw plenty of nations showing dramatic and significant improvement, the eyes of many rugby league fans have been focused on the state of the game internationally and how to further improve it.

In 2017 we saw Canada provide a team, the Toronto Wolfpack, to the English third division. The Wolfpack decimated their opponents and have become quite a force already. Talk of a team from the United States in the English comp has begun already.

Enter Vince McMahon. He is the billionaire owner of the WWE, the elite Pro Wrestling organisation in the world. In 2001, McMahon decided to create his very own professional American Football League to compete against the NFL, which was called the Xtreme Football League.

The XFL was promoted as being sexier and essentially more hardcore than the NFL in an attempt to align the game more with his pro wrestling business.

The XFL, though, very rapidly descended into what McMahon himself described as a “colossal failure.” It lasted just the one season and the concept was dead and buried, costing McMahon in the region of US$70 million.

That was up until a month ago, when McMahon was rumoured to have sold US$105 million in WWE stock to prepare for a second attempt at a rival football competition.

Now back to rugby league, and I think you can see where I’m going with this. McMahon’s foray into professional American football was a failure in the past, which was at a time when his pro Wrestling business was arguably at its peak in popularity.

With that money, the huge media presence of the WWE and McMahon’s desire to branch into football, someone with all the right connections should do whatever they can to steer him towards bankrolling a National Rugby League competition in the US.

He has everything the fledgling code there requires to become an overnight success and it could be exactly what the game needs, while also allowing McMahon to grow and expand into new areas.

Furthermore, he wouldn’t have to go toe-to-toe product-wise with the already well-established and powerful NFL juggernaut, as he would have a different game that is arguably faster, tougher and could even be seen as being more, dare I say it, ‘Xtreme’.